Fair Warning :: As performed by The Atomic Punks 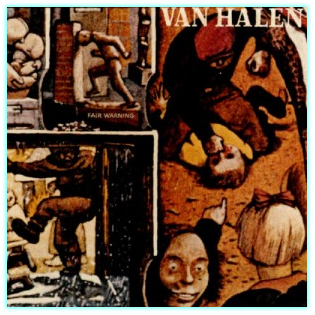 From Wikipedia, the free encyclopedia
Fair Warning is the fourth studio album by American rock band Van Halen. Released on April 29, 1981, it sold more than two million copies,[3] but was still the band’s slowest-selling album of the David Lee Roth era. Despite the album’s commercially disappointing sales, Fair Warning was met with mostly positive reviews from critics.[4]The album was listed by Esquire as one of the 75 Albums Every Man Should Own.[5]